Before, During and After Ashoka

Hear from Dhruv Agarwal, Ashoka Scholars’ Programme’20 graduate student and currently a Research Fellow at Microsoft Research, talk about his journey before, during and after Ashoka University. 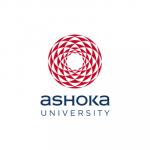 Ashoka University’s unwavering commitment to world-class, holistic and liberal arts education continues to reach greater heights in excellence, brilliance and precision. Out of curiosity, one may rightly ask about the passion for and immersion into Ashoka University’s core values forming the heart of the members of this shared community – this blog is here to satiate your curiosity and give a glimpse into exactly these questions.

Inspired by the excellence of our graduates in different fields, Dipanita Malik, a third-year undergraduate student pursuing Political Science at Ashoka University, interacts with Dhruv Agarwal,  Ashoka Scholars’ Programme’20 graduate student and currently a Research Fellow at Microsoft Research. This is her take on a student’s journey about “Before, During and After Ashoka”. Let us celebrate this conversation as we read more:

What were your interests and hobbies as a school-going student?

My father was an Indian Air Force officer, so my interests often changed with where we were posted. When I was in Delhi, in Class 5, I started going for lawn tennis classes and that interest stuck on. But then, we were posted to an area where there was no lawn tennis court within a 200-km radius. So, I started playing football and badminton on a make-shift court nearby. During this period, due to lack of social life in that area, I also started spending time on my home laptop, surfing the web, stitching together pictures to make videos on Windows Movie Maker, and so on. By the time we were posted back to Delhi (Class 10), my interests in sports and technology had solidified. In Class 10, I started learning programming out of interest, and I liked having the power of building something tangible, like a website, all by myself. I was always a diligent student too, but never had a keen interest in what I was studying — that happened when I came to Ashoka.

While becoming comfortable with technology and sports, and in that way becoming surer of your interests, did you have a clear idea about what and who you wanted to be after graduating from school?

Well, in grade 10 and onwards, which was also my school’s golden jubilee year, I got myself (rather deeply) involved in the organisation of the celebratory musical, school’s prestigious computer club, and inter-school competitions. However, I admittedly did not know what I really aspired to be. I just knew I wanted to study Computer Science. Just before college began, however, I was awarded a major award at our school’s annual award ceremony. While I had always scored well, been in the student council and other clubs, I never in the slightest imagined that I had what it takes for the award. But clearly my teachers and fellow students felt otherwise and saw something in me that I did not. That was when I first thought about who I want to be in the future.

So, after you joined, do you think Ashoka helped you evolve as an individual with a particular set of goals and ambitions?

Ashoka has helped me more than I imagined any university would. And what is funny is that I did not have any goals or ambitions that I wanted a university to help me with, because I simply did not have the thinking capacity to have such goals. While at school, I had absolutely no notion of independent or critical thinking. I would take anything I was told at its face value and never analyse it myself. At Ashoka, I was forced to step out and interact with the arts and social sciences and with people with varied beliefs and experiences about the world.

I am sure these benefits of studying at Ashoka sound abstract to a third-person, but let me put it this way: I am happier being the person I am now than what I would have been devoid of these experiences. And the fact that I am able to make that distinction shows the kind of thinking I learnt during my time at Ashoka. I realise that an incoming student would rather weigh Ashoka on its job prospects or average salary package. Of course that is important, but that is not enough to gauge Ashoka. The kind of person you become in these three-four years will have a tremendous intangible (or even tangible) impact on the rest of your life.

Yes, we can definitely assure that to our readers. How did Ashoka help you in gaining exposure to different opportunities, contributing to your evolved sense of being today?

Maybe because I was part of Ashoka’s third-undergraduate batch, I got involved in a lot of student initiatives from the beginning. I contested the student government elections and got appointed as the Information and Technology Minister in the student government. This gave me my first experience of respectful debate and discussion, especially with people having opposing views. I also got to interact with members of the administration, which later helped me negotiate getting a tennis court built on campus. Most significantly, however, I co-founded Agneepath—Ashoka’s annual sports fest—with a few sports-loving colleagues in my first year. Since its inception in 2017, I was involved in organising four editions of Agneepath and I have met the most people—and therefore learnt by far the most—from this experience. I also had a lot of fun with the sports community of Ashoka. I played on the lawn tennis team in my first year, badminton team in my second year, and football team in my third year. Most of my friendships at Ashoka started with sports, and having a vibrant sports community is what I miss the most post-college.

Finally, I cannot help but think about the academic opportunities I got at Ashoka. Since there were few Computer Science students in the early batches, we got to personally interact with our professors. They became our friends as much as our professors. We also had a visiting faculty from Microsoft Research, and about a year after he taught us at Ashoka, he referred me for an internship at Microsoft Research. I published a paper during this internship and Ashoka partly sponsored my trip to New York to present this paper in 2019!

Is this also how you are a Research Fellow at Microsoft Research India now? What does your work entail?

Yes! Currently, I am a Research Fellow at Microsoft Research India. Essentially, this means that I am involved in academic Computer Science research. I come up with hypotheses, perform experiments to validate those hypotheses, and write papers detailing my findings, which I publish at top Computer Science conferences and journals. My work is focused on sensing air pollution by installing sensors on Ola cabs, for example. My initial work was also covered by some media outlets like The Hindu. Currently, I am also involved in trying to build a mathematical model to scientifically understand the pollution problem in Delhi-NCR.

Very interesting! Now, when you look back, how do you associate yourself with Ashoka, beyond just being an alumnus?

Even now, I am still pretty attached to Ashoka. I always try helping out the current students of Ashoka by connecting  them to opportunities that come my way. I also make it a point to conspicuously mention Ashoka’s name whenever I meet someone new – because I think Ashoka deserves it!

From YIF to LSE to working in conflict-ridden Afghanistan: YIF alumna’s journey of championing women’s rights

On a quest of Truth, Love, and Friendship & other matters with Prof. Simeon

Read all News
Study at Ashoka