India’s COVID Story: How the country was hit worse by the pandemic

L S Shashidhara pens a striking account of the COVID-19 crisis in India. 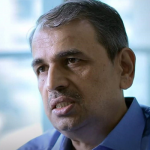 The Covid-19 disease, caused by the infection of SARS Cov-2, was first reported in Wuhan, China in December 2019. Modern globally connected world made the virus to quickly spread across multiple countries. In India, the first case was reported on January 31, 2020.

Thanks to Professor Gautam Menon, our own Professor and expert epidemiologist, Ashoka had an early warning of the pandemic. I remember asking Prof Menon over an email at 9 PM on February 22, 2020 (by that time WHO was advising 2-3 week quarantine for COVID-positive individuals), “Question is by over-quarantining are we making it bigger? There is no diffusion of virus, no dilution of virulence, which at some point would have had natural death”.

In less than 20min, Prof Menon replied: “It’s a hard call regarding would there be a natural dilution of virulence. Mutation rates seem to be relatively low. The case fatality ratio, as currently estimated, seems to be ~2% but SARS, to which it is closely related, has a fatality rate of ~10%. If it mutated to be more SARS-like ….The hope is that the coming of summer will finally remove it. But how many will be infected before that is the question.”

As we could see there were several speculations and uncertainties in our mind, particularly how this virus may mutate during its spread and how those new variants would influence its ability to spread and cause the disease. In about 10 days, we started becoming more anxious and saw a distinct possibility of a pandemic exactly 100 years after the Spanish Flu.

On 3rd March 2020, Prof Menon gave a special colloquium to the faculty and students of Ashoka with the title “The Next Pandemic?” He described how scientists piece together information about a new disease such as COVID-19, assess its potential to become a pandemic, and develop strategies to deal with it. Now it sounds so prescient. He spoke about why dealing with a pandemic requires that we address questions of culture and human rights, in addition to the interactions of humans with their environment, as well as questions of climate change and sustainability.

It was on March 11, 2020 that WHO declared it as a pandemic. As the pandemic unfolded, data from across the world started pouring in, it was certain that we are onto something big and tragic. The globally connected world, which made this pandemic spread the virus faster than earlier such outbreaks, also posed other challenges, particularly supply of food and lifesaving medicines and other essential needs from within and between countries. On the positive side, globally well connected academicians made the fight against the pandemic comprehensive and faster than any other time. Within days of appearance of COVID-19 symptoms among the first few individuals in China, scientists discovered and widely shared information on the virus (SARS CoV-2), how it infects humans and causes the disease and how it spreads.  These advances helped (i) to design strategies to test, isolate and quarantine, (ii) to make people aware why masks and hand sanitisation are essential and (iii) planning days, if not weeks, in advance on how to increase our preparedness. Within 6 months, many vaccines and drugs entered clinical trials. Vaccination of general public started as early as in December 2020 in some parts of the world and January 2021 in India.

Ashoka declared closure of the campus on March 14, 2020, quickly moved to fully online classes (from 16 March 2020) and ensured that none of its academic activities are stopped. Ashoka also started multiple webinar series on a number of academic topics for the benefit of school kids, general public and academic scholars, who were all forced to sit at home for weeks.

Meanwhile, Ashoka faculty were busy analysing how the pandemic may unfold, what we need to do scale up testing and treatment, what would be the impact of world’s strictest lockdown on livelihood, gender equity, economy etc. A series of well researched articles on these topics written by Ashoka faculty started appearing in popular media and scholarly magazines. Many faculty and students also contributed in spreading right information to the public in multiple languages and in preventing fake information/news on the virus and the pandemic. Several students and faculty were exemplary and worked hard with the Vice-Chancellor to ensure that the livelihoods of the working staff of the University are not affected due to the pandemic.

At the University, we started experimenting with the pandemic with caution and purpose – none of our students should be deprived of an opportunity to learn because of the pandemic. Students, for whom staying on campus was essential, were brought back and slowly we started hearing usual cheerful chat of young students on green lawns of the campus.

When we thought we are gaining the lost momentum in our academic work and in our plans to expand and grow in teaching and research, we are back on our knees. The second wave has hit us harder. As I am writing this, India is reporting more than 3.5 lakhs cases and more than 3000 deaths per day, reports of lack of O2, essential medicine, hospital beds, etc. are making us ask the question – what we did learn so far? Campus is closed again as it reported a large number of COVID cases among its students and staff. We have started seeing emergence and fast spreading of new variants – a double mutant and a triple mutant, although they still appear to be neutralised by the antibodies produced in our body post vaccination. The world is worried. As more and more of us in a country of 1.4 billion people are infected, virus has ample opportunity to mutate and go through a number of filters of natural selection. Would India, expected to be a role model and producer of vaccines to the world, send a new and more dangerous version of SARS CoV-2 to the rest of the world, is the million-dollar question everyone is asking.

While what happens now and how it will affect us in the coming months would be discussed in a later edition of the “Ashoka reflections”, one thing is sure. Ashokans have not given up. They will continue to work for fighting the pandemic in their own way, as per their expertise and capabilities. Professors Shahid Jameel and Gautam Menon are key players in advising the nation on new variants of the virus, their influence on the dynamics of the pandemic and their possible impact on vaccination strategy and schedule. Ashoka has initiated new projects to study immune response to infection and vaccination among diverse populations in India; evolution of viral genomes in bats and possible mutations that would result in their change of hosts from bats to humans; what are the critical features of the natural ecosystem that are sensitive to human activities resulting in higher risks for zoonosis; impact of COVID-19 on health economics; GDP; gender equity, other public health concerns such as women & child health etc.

LS Shashidhara is the Dean of Research and Professor of Biology at Ashoka. The views expressed are his own.

#AshokaBookTower - ‘Waiting for Swaraj’ – Written by Aparna Vaidik, the book takes a closer look at the inner lives of intrepid revolutionaries

Read all News
Study at Ashoka