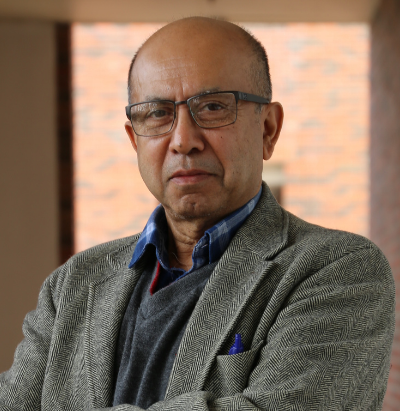 Professor Banerjee is also affiliated with the National Bank of Slovakia as Expert Advisor to the Governor since October 2019, and is Adjunct Senior Fellow at Research and Information System for Developing Countries (RIS), New Delhi since May 2019. He was previously Chief Economist at the Ministry of Finance of the Slovak Republic (2017‒2019) and Chief Economist at the Bank of Slovenia (2014‒2017). Professor Banerjee is a former senior staff member of the International Monetary Fund (1982‒2008).

Professor Banerjee’s research interests include empirical macroeconomics and monetary economics, international economics, labour and demographic economics, and industrial economics. He has published widely in these fields in academic journals, authored one book and co-edited three books.

Professor Banerjee read for the Bachelors and Masters degrees in Economics at the University of Delhi (St. Stephen’s College and the Delhi School of Economics, respectively), and went on to obtain the B. Phil and D. Phil degrees from the University of Oxford. He was awarded the Rhodes Scholarship in 1972.

Firm Indebtedness, Deleveraging and Exit: The Experience of Slovenia During the Financial Crisis, 2008-2014