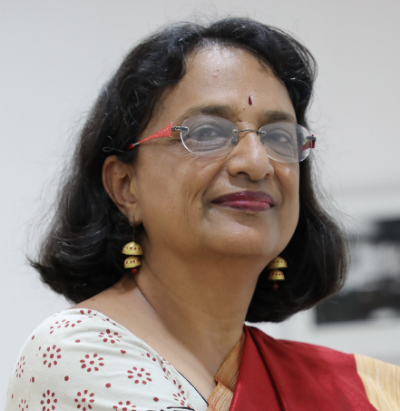 Post-graduate Degrees in Urban Geography and in Journalism, University of Illinois at Urbana-Champaign
harini.narayanan@ashoka.edu.in

Harini Narayanan has two post-graduate degrees, in Urban Geography and in Journalism, both from the University of Illinois at Urbana-Champaign, and a BA in English from the University of Madras. She has extensive experience in international education administration. Until recently, Harini was India Programs Director of CET Academic Programs and the 60-year-old University of Wisconsin-Madison study-abroad program in India, and earlier, she worked with IES Abroad, SIT Study Abroad and universities around the US and Canada to run academic programs, teach and mentor international students in India.

Harini has designed and led major research projects in India for the Institute of Development Studies, University of Sussex, the UNDP and the National Institute of Urban Affairs, and the Indo-Dutch Program on Alternatives in Development; she has held research fellowships with the School of Interdisciplinary Area Studies, University of Oxford and Sarai-Centre for the Study of Developing Societies. Harini’s publications include a paper in the Economic and Political Weekly on women’s health policy and several chapters in edited volumes related to urban development in Mumbai and Delhi. Earlier, she worked as a writer and editor with major publications in Mumbai, including The Times of India and the Economic Times, and also reported from east, central and southern Africa at crucial points in the region’s political history.

Over the years, Harini has also worked pro bono with organisations that focus on urban equity and education. She is passionate about experiential learning and built heritage, and has often combined these interests to lead groups of school and university students on visits to historical sites around the country.