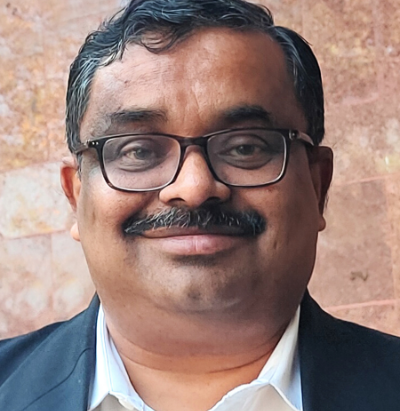 Professor Chakrabarti completed his B. Tech in 1985 and PhD in 1988 from the Department of Computer Science & Engineering, Indian Institute of Technology (IIT) Kharagpur. He joined the same department as a faculty member in 1988 and is currently a Professor there. From July 2013 to June 2019, he was the Director of the IIT Kharagpur. He was the Professor-in-Charge of the Advanced VLSI Design Laboratory, Dean of Sponsored Research and Industrial Consultancy at IIT Kharagpur and Head of the Advanced Technology Development Centre. He pioneered the development of the Incubation Programme at IIT Kharagpur.

Professor Chakrabarti has made fundamental scientific contributions in the area of Artificial Intelligence and Automated Reasoning and has applied the techniques to solve important synthesis, optimisation and verification problems especially in VLSI Design and Embedded Systems. His work has been peer recognised by several scientific awards and best paper prizes.  He has published more than 250 papers in international journals and conferences and supervised more than two dozen PhD students.

He has worked closely with the Government as well as industry on various projects and has successfully led and completed large projects and programmes at national and international levels. These include projects from DST, CSIR, INSA, Volkswagen Foundation, Intel Corporation, National Semiconductors, Synopsys, General Motors, Google, Amazon AWS, Xerox, Capillary, as well as Indo-German, Indo-US, Indo-Brazil and Indo-Swiss collaborations.

He has been the architect and overall coordinator and chief researcher of National Initiatives like the National Digital Library of India, developed, coordinated and made successful International Initiatives of the Government of India like GIAN and SPARC. His areas of interest include Artificial Intelligence (AI), CAD for VLSI & Embedded Systems, Human Problem Solving.